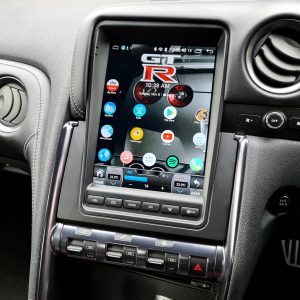 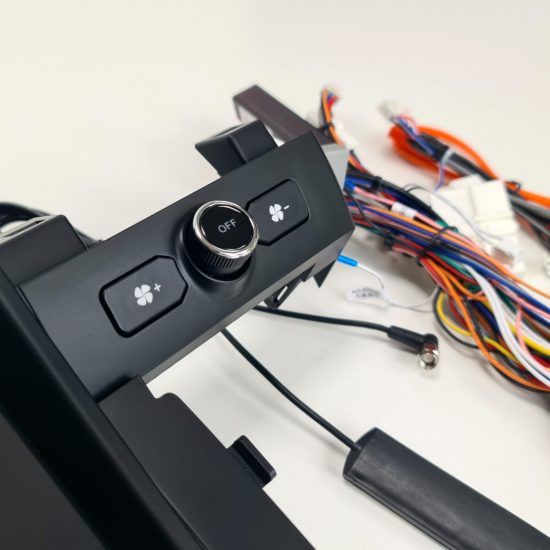 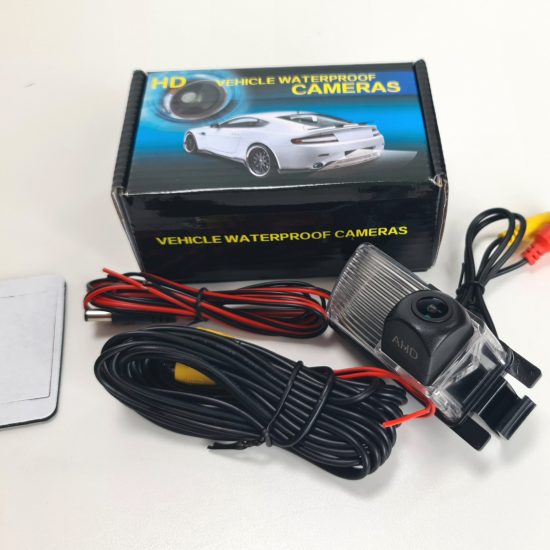 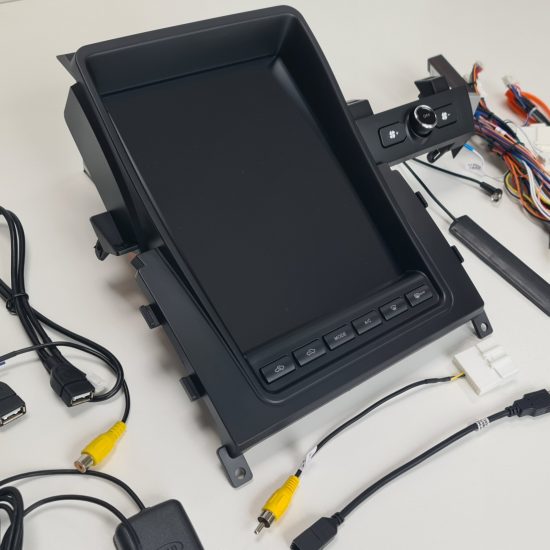 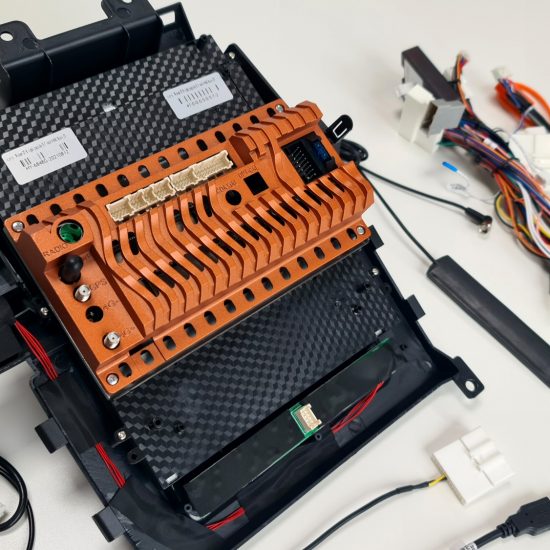 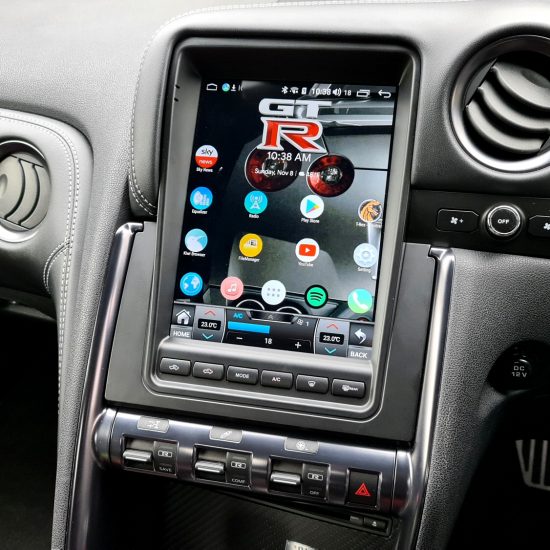 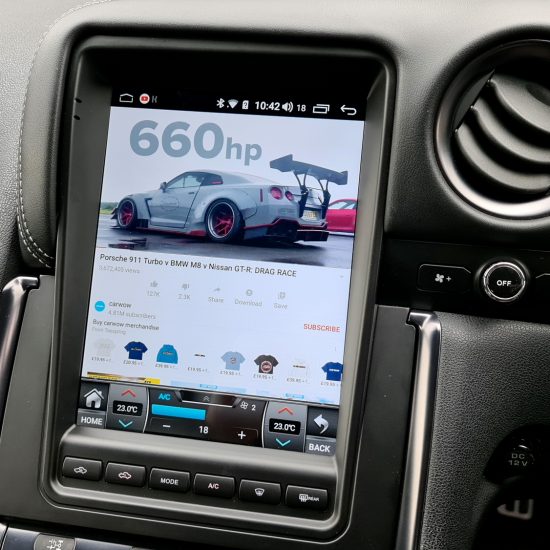 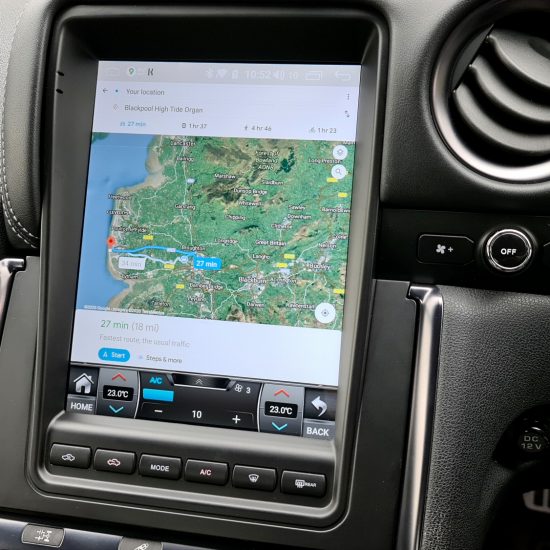 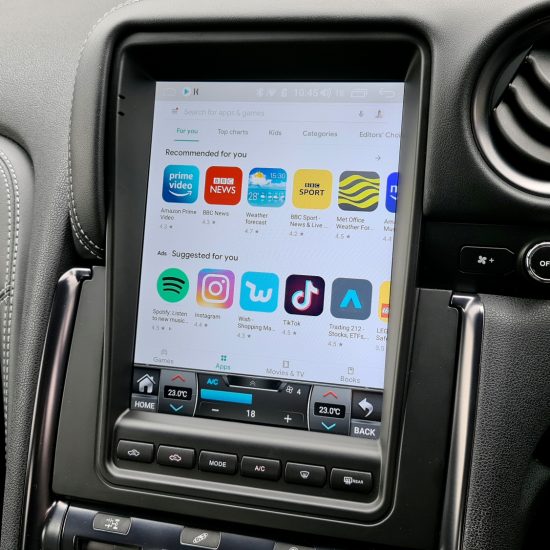 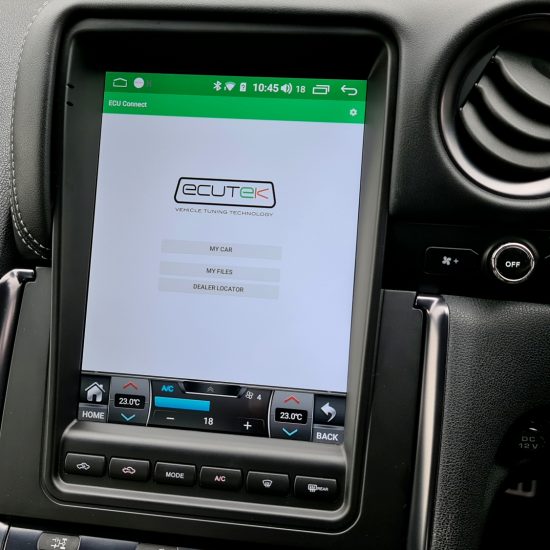 R35Audio is an authorised reseller of the T-Rex Pro Kit and can ship anywhere in the world.  These kits are pre-configured personally by us to include the latest firmware from T-Rex and are setup according to your region, i.e Celsius or Fahrenheit, PSI or Bar, RHD or LHD so these can be fitted easily and simply by yourself and knowing they are supplied with the backup of T-Rex support should you have any installation or setup questions.

This Pro Kit for the Nissan GT-R includes their in house developed custom Android ROM.  Heavily modified configuration blended with their gorgeous custom interfaces. The T-Rex Pro Kit has unmatched functionality, unparalleled performance, and looks like that would make even Godzilla’s head turn!

Reversing Camera available for extra charge (neat number plate light version for the GTR – see picture) – just choose it from the drop down option before adding to the cart.

What makes their kit unique?

RCA Input and Output (2 each).

Output Power: 4x50W (not required as this used the stock Bose/Non-Bose amplifier in the GTR)

Type of Material: Steel and Rubber

Please note that Paypal conversion may be slightly different